from Music for a Starry Night by Ben Luce 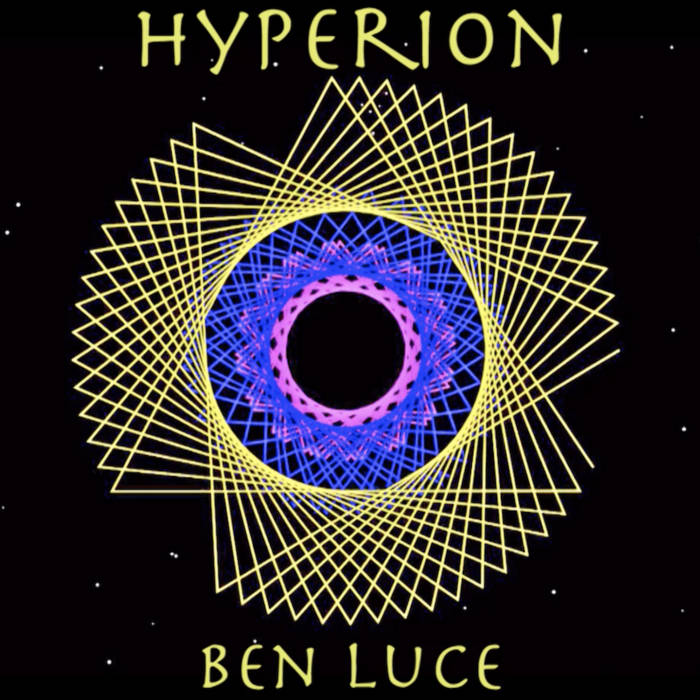 This piece is a musical and visual love-poem to the Cosmos.
See the video at youtu.be/dWd_T8Gqwsk

The piece uses several different time signatures (5/4, 6/4, 11/4, and 4/4) in a certain alternation, and makes extensive use of the circle of fourths as well.

The visual sequence was created with a computer program written by the composer based on the Euler Formula (shown at the beginning of the video), a formula from mathematics that connects the circle with Cartesian (rectangular) coordinates. This formula also permeates the mathematics of quantum physics and the physics of waves in general.

As the visual sequence progress, three concentric and evolving spirograph-like patterns (in yellow, blue, and magenta) come in and out of sync occasionally and dramatically. These reoccurrances symbolize the cosmic and synchronized orbital patterns of planets, moons, comets, stars, and galaxies, which according to Greek mythology were first understood by the titan Hyperion, the father of the Sun and Moon.

I create music in variety of styles as the inspiration moves me using a variety of keyboard instruments, guitar, flutes, and other instruments. My wife Janice Luce is also a musician (pianist and organist). Check out our website at www.benjaniceluce.com. ... more

Bandcamp Daily  your guide to the world of Bandcamp

Featuring appearances from Kari Faux, Bluestaeb and and interview with NY-bred artist Wiki